7 Signs You're Ready to Get Married

Howdy! How's everyone doing? I'm not too "fine" considering I spent hours at the dentist this morning. I always say I feel about my dentist the same way Rihanna feels about Chris Brown- I love him but I hate what he does to me :-/

In my attempt to ignore my aching mouth, I went on Yahoo to read the top stories and came across this article by Annie Daly published on Yahoo and the Cosmopolitan. It inspired me and because this blog is about posting my inspirations, I owe it to you.

More so, in the wake of my recent posts on 7 Keys to a Successful Marriage and 7 Keys to Finding a Good Husband, I think it fits perfectly in this space, at this time. After all, before you find a good husband or say "yes", you have to make you're ready to be married to that person. 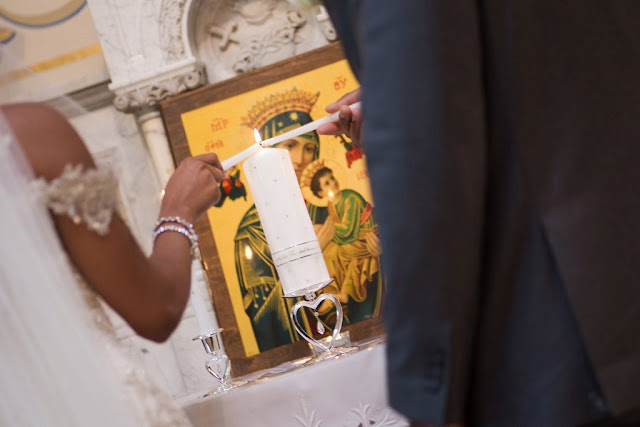 In this day and age, when divorce (and divorce parties), especially at a young age, is as rampant as weddings, its imperative that you're "ready" before making that lifetime commitment. Yesterday, I watched  the movie "The 5 year engagement" and in an attempt to cheer up the Bride-to-be, her friend said "Cheer up its your wedding. You only get a few of these in your lifetime". What??? The Bible intends for you to get only one of those in life- that's why its called a lifetime commitment, making it crucial that you and your partner are ready to "decide" to commit. Forever. 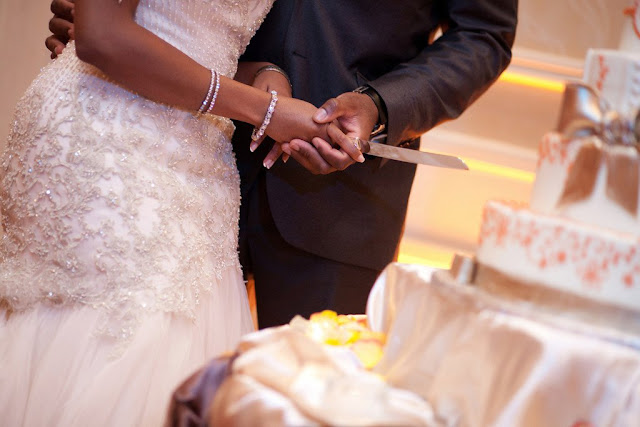 Like I said, I didn't write the post, the relationship experts did. But because this is my space, I'll comment beneath every point based on personal knowledge. My comments are in red :-)

1. You've Dated Around
We're not saying you have to pull a Jen Aniston and go through tons of dudes before you find The One. But having a few solid long term relationships under your belt does help you figure out what qualities are important to you and what makes a relationship work-so you truly appreciate your future hubs when you find him.

2. You Share Similar Goals
Let's say he wants to do the suburbia thing stat, while you'd love to travel the globe for a few years. If you get hitched, one of you will end up disappointed...you're in separate mind-sets right now and prioritize different things. Settle down with a man you're more or less on the same page with: you both want to live in the city, you both want (or don't want) kids, etc.

This is pretty much right-on-the-money. You definitely do not want to start to argue about the number of kids after you're married or have to trick your partner into a baby. Your partner will not change automatically because you have a baby. For instance, don't expect a man to be a good father to a child he did not want.

Eh heh! This is a good time to speak to all those girls who get pregnant so the man will marry you. It never works. He may marry you indeed, but you'd have forced a man into a commitment he's not ready for. You'll be married on paper, alright (that's if he's pressured into doing the "right" thing) but will you have a "real marriage" like God intended? Please don't trap a man into marrying you by getting pregnant, then expect him not to cheat. You'd even be worse off stuck in a marriage with a child and a husband who's not interested in being married to you, than as single girl. But I digress...

3. You Don't Want to Change Him
Look, you don't have to adore everything about your guy. But you do have to make peace with the fact that he's always going to sack out on the couch and be glued to ESPN on Sunday afternoons, and he'll never stop slurping the milk in his cereal no matter how many times you say it annoys you. You can't change a man (but you can tweak him), and trying to will make you frustrated...not to mention bitchier.

Very true. But a little upgrading here and there will not hurt. With his consent ofcourse. For example, if you marry a man who could care less about what he's wearing. My mother used to pick out my dad's outfits. He probably protested at first but by the time I was a teenager, it became  a routine that he depended on. And he always looked good ;-)

Another instance is where you have a messy husband who steps out of his boxers and leaves them on the floor whether they dropped (I know many like this!). You can work out a middle ground with him. Maybe keep a basket where he normally takes off his clothes so he can dump in there. That much change is foreseeable but changing him to the point where he'll hang them up immediately? If you succeed, please let me know...I know many wives who'd appreciate your secret. :-)

More importantly, in a good relationship, each person should be willing to be a better person for the person they're with. After all, the point is to compliment each other. For example, if your partner is not a motivated individual, you can find ways that work for their personality to inspire them to strive harder and higher.  Or if your partner is a lazy Christian, you can enrich his relationship with God by scheduling times to pray and read the Bible together. In a good relationship, your partner should make you better.

Don't call me corny for feeling the need to quote lyrics from one of my favorite songs 'Fabulous-Make me Better' here "I'm a movement by myself, but I'm a force when we're together....I'm good all by myself, but baby you, you make me better...I'm already fly, I'm already boss but if I'm a star, she is the star...though I'm hot, together we burn it up ".

Okay you get the point....BUT if you want to listen, here's the song with the lyrics. #No Judging :-)

4. Your Connection Is Tight Out of Bed, Too
When you first started seeing each other, staying between the sheets all weekend was pretty legit. But for your bond to be strong enough for the long haul, you need more than a physical connection-meaning you need to know that you can have just as much fun together with your clothes on as you do when they're off.

To this, I'd have to say this- Even if you're staying celibate till marriage (which the Bible prescribes), the bottom line is to make sure that you're attracted to each other, not just physically but emotionally, spiritually, and otherwise.

5. You're Not Living Out a Bridal Fantasy
Sure, it seems like every time you sign onto Facebook, another pal has posted pics of herself in a stunning white gown. Sigh. But remember: Getting hitched isn't about the ceremony-it's about what happens after your big day. You'd better be thinking about your future life with him, not just your future bridal party photos (and how pretty they'll look in that fab silver frame).

Enough said!!! Be sure you're ready for the marriage and not the wedding; that you're willing to commit to being a husband/wife and not just a bride/groom. Remember, this was intended to be a lifetime commitment. 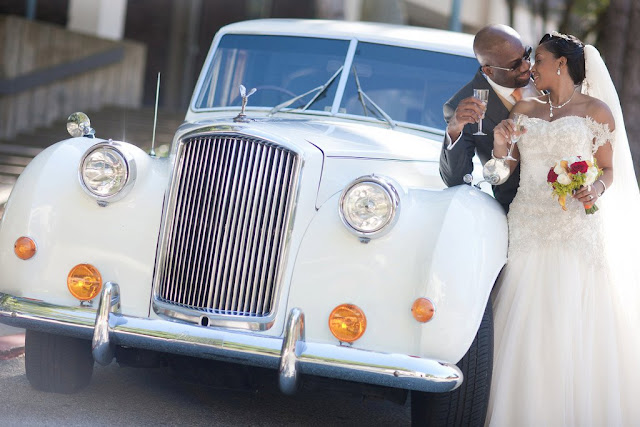 6. You Both Try to Resolve Fights
After you have a disagreement, it may seem easiest to apologize and move on-you know, do the whole "pretend it never happened" thing and go forward. But sweeping conflicts under the rug only sets you up for a bigger blow-outs down the road, because the issues will likely resurface if left unresolved. If you can't talk things out rationally, you're not ready. 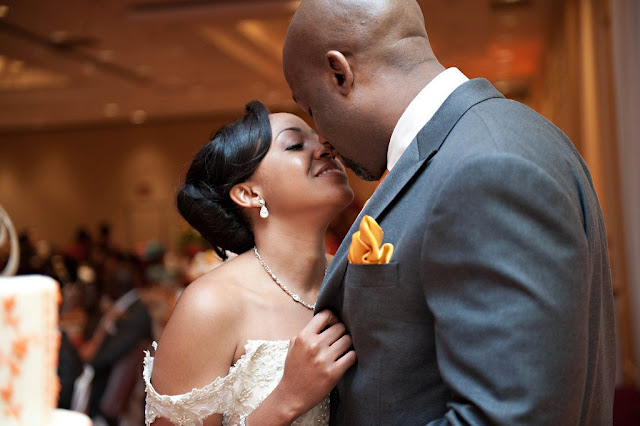 The key here is open communication and effort. Every relationship (even one with God) requires effort. This is a good time to insert my feelings on couples who fight publicly and choose to embarrass themselves every time they get into an argument. Fighting is normal.  Every couple disagrees on a number of things. Again, this is NORMAL. where this gets crazy is when they decide to subject people around them to an embarrassing moment when they argue or fight in public or even involve the cops/police. If your argument with your partner demands the attention of the police, please rethink it. Seriously.

When I say "fighting is normal", I mean verbal disagreements. Physical fighting is NOT normal people! No violence is normal. Period. If your man or woman hits you, you're not ready to get married. Rethink the relationship itself. If your partner verbally abuses you, please rethink too. Ogochukwu's story should be a lesson to all.

My mother always taught me that rational behavior demands that all conflict be talked out, rationally and reasonably behind closed doors between the two people involved. There's absolutely NO need to involve the whole world when you want to settle an argument. I recognize that some fights are so big, you need outside input. In that case, it is best to seek advice reasonably from a counselor, pastor, mentor, a parent or a sibling but it has to be someone you trust enough to not only have your beet interests at heart, but is knowledgeable and experienced in relationship matters.

See my post on 5 Tips on Making Difficult Decisions.  If your partner is quick to yap on the phone to his or her friend or willing to call the police about a simple argument you just had, please rethink the relationship, well except the fight is so bad, your life or safety is being threatened.


7. Your Friends and Family Dig Him
Of course, it's your life, so you have the final say. Thing is, choosing a partner is a big deal, and your inner circle's input does mean something. It's fine if a few family members or friends aren't huge fans of you two as a couple; you can't please 'em all. But if everyone seems to think you're a poor match, ask them why. They might be onto something.

GOSPEL! Trust me, its easier when people around you like him (for you). If they don't, before you conclude that they are 'hating', hear them out. You never know, they may see something you're too 'blinded' to see.  But I must add that when I say "family and friends", I mean those who you trust and have proved to have your best interest at heart. Be careful here. 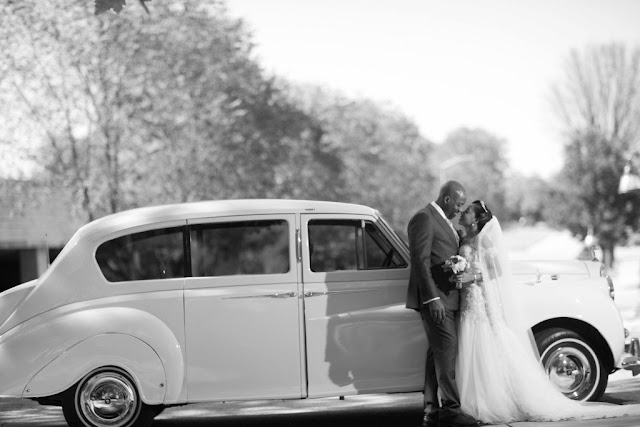 I'm so excited to hear what you think in your comments. Is there something missing from the list? 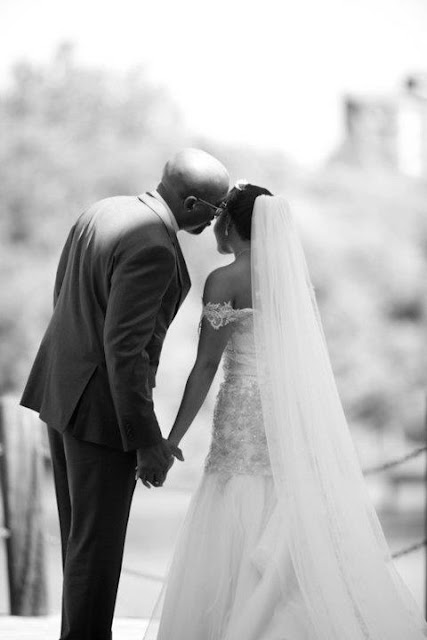 P.S.- The pictures are from my big sister Ogo's wedding. :-)

***email me at dearnwavic@gmail.com
Posted by Princess R at 5:31 PM

ralu, this is so kool. miss y'all a whole bunch.Time flies fast, but you guys a still family..and tell ogo i said her baby is soo cute..