I saw that a million times today and if you're in anyway connected to the world today, you did too. Social media excitedly buzzed with the phrase meaning "We have a pope" as white smoke emitted from the chimney on the roof of the Sistine Chapel in St. Peter's Basilica. The white smoke signified the election of the 266th pontiff  to lead the Roman Catholic Church consisting of about 1.2 billion people around the world. 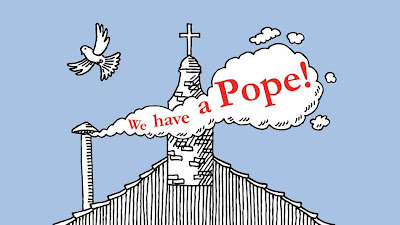 After two days of deliberation/voting (and black smoke), the Cardinals of the Church elected Cardinal Jorge Mario Bergoglio of Argentina, who chose Pope Francis as his regnal title.


So, in the spirit of celebrating this historic day for a significant amount of the world's population, yours truly put together twenty-five (25) facts (you may or may not know) about the new "father" to the Roman Catholic Church, Pope Francis.

2. His father was an Italian immigrant railroad worker.

3.  His mother was a housewife.

4. He has four brothers and sisters.

5. He only has one lung. Following an infection as a teenager, his other lung was removed.

6. Prior to joining the seminary, he wanted to be a chemist.

9. During the "Dirty-War" in the 1970s, while serving as the superior of the Jesuits, he was accused of kidnapping two Jesuit priests because they disobeyed his order for them to step down. He denied this accusation and was never charged.

10. Before becoming Archbishop, he taught literature, psychology, philosophy and theology.

11. He served as Archbishop of Buenos Aires for 15 years. 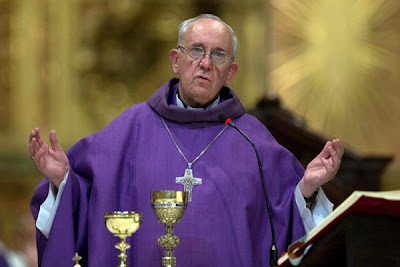 12. He has openly voiced that priests who refuse to baptize children born out of wedlock are hypocrites.

13. He is an advocate of pursuing holiness by seeking to understand God first before charity.

14. He is the first Jesuit priest to become a pope in History. (The Jesuits was founded by St. Ignatius Loyola, St. Francis Xavier and 5 other students in 1540 in the University of Paris in order to toot out Protestantism and to run schools).

15. He is the first pope to reign under the title Pope Francis, after Saint Francis of Assisi to signify his heart and ministry for the poor, for the disenfranchised and for those living on the fringes and facing injustice.

17. Prior to the 2005 election, a smear campaign was run against him (allegedly by Jesuit members) accusing him of never smiling. 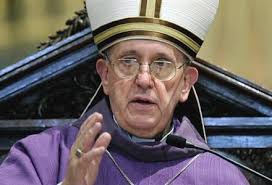 18. He believes all human beings should be respected equally. On inequality he has been quoted to say, "The unjust destruction of goods persists, creating a situation of social sin that cries out to Heaven and limits the possibilities of a fuller life for so many our brothers."

19. He has popularly spoken against and opposed the legalization of same-sex marriages. He reasons that this is discrimination against children and a "rare and dire anthropological throwback" and a "scheme to destroy God's plan".

20. He doesn't think same sex couples should be allowed to adopt children. He reasons that this would deprive children of the human growth that God wanted for them, given by a father and a mother.

22. When he served as leader of the Catholic Bishops of Argentina, even though he had a palace and a chauffeured limousine, he opted instead to live in a small apartment, use public transportation to and fro work every day and to cook his own meals.

23. In line with traditional Catholic doctrine, he strongly opposes abortion and contraception.

24. He is the first non-European pope in 1200 years and the first South-American pope. 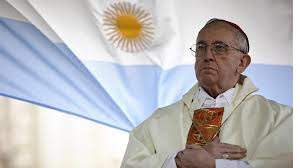 25. He speaks Spanish, Italian and German.

Congratulations to all the Catholics around the world! May Pope Francis be a blessing to each and everyone of your lives. Amen! :-)
Stay Inspired....