Standing Still: The Story of an Unorthodox Igbo Girl

I’ve been struggling for a while about whether this post can find a place in this space. In the wake of the recent “win” for the gay community in California, I figured, it could. This letter isn’t a typical “Dear NwaVic” letter because the writer doesn’t need my advice. It's important for me to make it clear that neither my opinion nor my values matter here. She just wants the world to know her “journey”….to know that her struggle is real and that she’d be “straight/normal” if she could. So, I decided to give her a forum. Here you go:

Dear NwaVic:
I knew “something” was “wrong” with me early. The earliest memory I remember is when my mom made me join ballet and brownies and I was very upset because I wanted to join boy scouts and karate club instead. I’ve always hated dresses. My mom would give me nightgowns but I preferred to wear my brother’s pajamas. I was about eight when I first had any kind of attraction. I noticed a girl.  At that age I didn't even know what sex was, but I was drawn to her.  She looked like Angelina Jolie and she had the most amazing mouth  and eyes.   Funny thing is, it never felt strange...it was all so innocent  . All this time, I didn't even know what I was doing or feeling. It was like an instinct  .


By the time I was nine, I had another girl crush  .   It was a pretty girl from delta in my 5th grade class  . Nothing happened between us but I suffered in silence.   Then I moved on to secondary school and guys started to notice me despite my flat chest.    I had no interest in boys yet. But I found myself crushing on the senior girls . I thought their bodies were amazing, and I found myself wishing I could just hold their hand  . But I thought the feeling was nothing...just normal  .


Even when I grew older and girls started noticing me too, and hitting on me  , I was so clueless and naïve.   One time, my brother fell for this one girl, who unfortunately was more interested in me  . She gave me a Valentine's Day present.   And like the good sister I was, I lied about it, because i didn't want to hurt his feelings  . One of the hardest things I've ever had to do.  I said it was from some guy; hid the card and gave him the goodies  .


I was thirteen when I started to realize I seemed to be the only one in this predicament   because I realized (consciously this time unlike before) that I started liking girls too while everyone I knew around me liked boys. I tried to fit in so I started “liking” boys because that seemed like the "normal" thing to do  . I even dated one  . Then another. I was in jss3 (9th grade) and he was in ss3   (12th grade) at the time. I couldn't even bring myself to kiss him.  I always just froze  . We dated a year and never even as much as kissed. But with girls, I would fantasize about kissing them all the time. Even though it came to me much easier, I suppressed it.


Until my ss2 (11th grade), when a new student was assigned to my hostel. The second she walked into my room, everything changed  . We hit it off instantly. We'd talk for hours, sometimes late into the night, and we were quite close  . At this point, I had resigned to being “normal”. Sometimes, girls would act all shy around me. They’d often say things like "feels like there's really a boy here", "I wish you were a guy, I would totally date you"  , and "you'd be the perfect guy".   But I just thought it was because I was a tomboy, so I'd just laugh about it   and not even think twice on it.
But this girl, the way she looked at me  . Sometimes, I swear it was like I was the only person in the room  . And she was so gorgeous, mixed race, pretty as heck.   But we were friends, even though I was insanely attracted to her  , I figured I could ignore it like I'd been doing all those years   and never have to worry about it. Even when I’d catch her stealing glances at me. Till one night, I went to the balcony to watch the rain   and she came out and joined me. I didn't even know she was awake because everyone was sleeping. We started talking, my back was to the wall, and then somehow she ends up leaning against me. I freaked me out and went off. The next day, we had fallen asleep talking. She woke me up and kissed me.    That night changed my life’s course. It was like fireworks had gone off in my body. After that night, I just avoided her.   I couldn't look her in the face or talk to her. I would hide when I saw her coming. I was just trying to make sense of it  . She was the first girl to get me to put down my walls.
This couldn’t be right. I was scared of who I would become. It felt like I was losing my defenses.   Every time I looked at her, I would feel them crumbling down  . For the first time, I couldn't suppress it. I was so confused.   Needless to say, she terrified me   because I was drawn to her.   She finally confronted me about it, and I tried telling her it was a mistake, and that we should put it behind us. She just looked at me calmly the whole time until I finished my long speech then she said, “well it wasn’t a mistake for me”.   There are few moments in my life that have made me as speechless as that one.
I knew I was lost from that point on, because not only did she make me feel things I'd never experienced before, I had feelings for her  , which had never really happened to me. We dated secretly till I graduated.    We were like a real couple  , arguments and all. She was like my best friend, and lover rolled into one  . When I was away from her it was like torture…like a painful emptiness I couldn't explain, especially when we went home for the holidays.   I couldn't wait for school to start, so I could come back to her.  And for the first time, in my life I couldn't tell my brother who I was in love with. I had to suffer in silence until we got back, and as soon as I saw her, I felt complete again.
Anyways, it wasn’t till I got to university, that I first heard anything about what being gay was. The whole time I never know there was even a word for anything I was doing   and I was so confused, because I'd felt that way my whole life, for as long as I could remember.   So to hear it was a "sin" and hear all these horrible, derogatory things about it was like a gun to my heart  . I know I didn't make myself that way  . How could it be wrong, when it was pretty much the most normal and genuine thing I'd ever felt?   Regardless, I tried dating guys in an attempt to do the right thing and figure out my confusion. 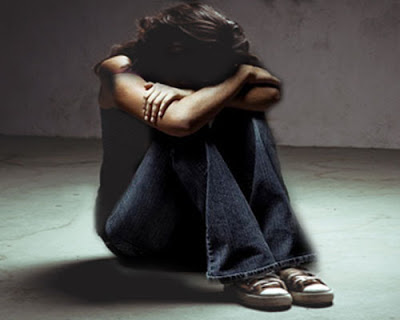 In my attempt to become “normal” again, I had sex with a guy a few times, but it was horrible   and I ended up feeling even worse than I did before  . I felt like it wasn't working   and there was something wrong with me. The spark just wasn't there, despite the amount of times I tried.   Unlike with girls, being with guys took so much effort. I believed I was going to hell and I hated myself. I fasted and prayed like crazy...never prayed so much in my life   for God to take the gay away. But I still found myself thinking about it all the time, even when I was with my boyfriend, at the time. It affected me so badly, because I didn't really have anyone to talk to about it at the time, so I had to deal with it on my own  .
I was afraid, scared and confused  . Why would God make me a certain way, and others another way? Why would he put something in me that he knew would send me to hell   and refuse to remove it from me even as hard as I prayed and cried and begged   him to? I didn't understand it because its not like I was influenced by the stereotypical "causes of homosexuality"; I didn't attend an all girl's school and I didn't grow up with older brothers to inspire me to want to be like them. In fact, my father wasn't even around when I was growing up.

In my attempt to make sense of it all, since being the way I am is a sin, I considered marrying a man  but then I don't trust that I won't be adulterous, which in itself a sin. In fact, even if I never act on it, merely being attracted to girls and thinking about adultery would be a sin, right? Because that would mean I'm committing a sin in my heart. Even if I married a man who accepted me the way I am and allowed me to step out, that'll be a sin according to the Bible. So, why torture myself and a husband for the rest of my life and still be sinning? I was really confused and depressed. I developed sleeping problems and a bad eating disorder  . My depression started affecting my school work  .
Thank God for my good friend who I eventually opened up to. She helped me see   that there was nothing wrong with me. I was just different, and that's okay.   The problem was, that up until that point, I'd never really thought about it that way.   I was acting out of fear and panic. But then I sat down and really did some thinking back to my childhood and to everything I'd ever really known. I started to put the pieces together  . I then began to see that the signs were already there, from the day that I could walk  . Some kids do have a very strong sense of who they are, even at a very young age  . But society, culture and all these things played a huge part in my case, so I didn't figure myself out until much later.    Eventually I came out to my brother who accepted me. But I can’t say the same for my mother and sister.   I’ve really been through a lot with this “burden”. There were days when I thought I would never see through the darkness, but even today, I find my strength in learning to let go day by day, and most importantly to accept myself.