Dear NwaVic, I Want to See My Wife with Someone Else

So yes, I am turning to the Internet as my wife and I have discussed the idea of her being with another man. I saw a few of your comments and didn't know if you may feel comfortable entertaining a few questions about your thoughts and experience regarding an open relationship. Here one sided, with only the wife seeing another/others) open relationship.

We are both 38, married, once divorced and have been together for 5+ years. I've long had the fantasy of being with someone who was sexually open and adventurous with others. She was very sexual before we met and we were when we started dating. We are still together often, but I brought up the her exploring idea to her last year and she hesitated because she worried that I was implicitly seeking to be with another person too. I don't want that at all. Last weekend, I brought up the issue again and she said that she did miss exciting men and did want to explore, testing my comfort and excitement....

Thank you either way! 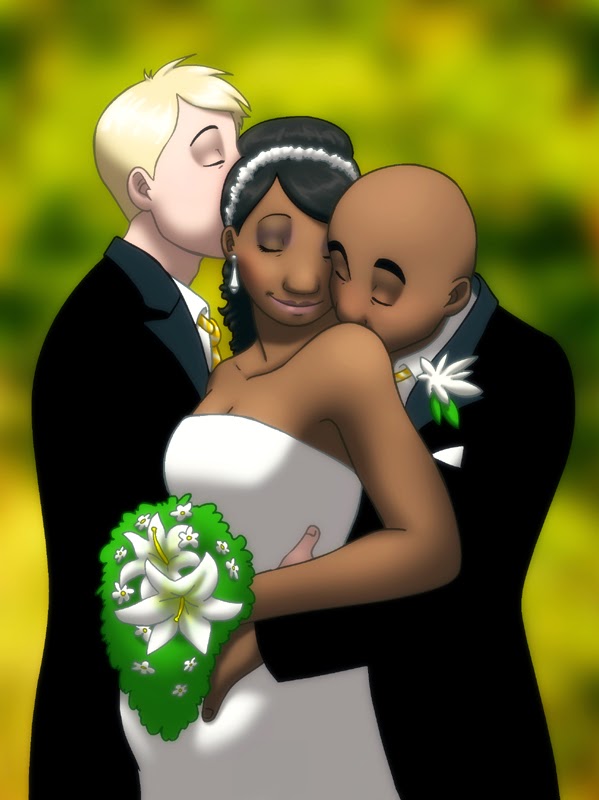 Thanks for writing NwaVic at dearnwavic@gmail.com. Your letter and what you are asking is very unique compared the letters I've received. Also, considering that I have never been in a similar position, I can only give advice based on what I've seen, heard and consequently believe.

First things first. You say you're the kind of guy who likes partners who are "sexually open and adventurous with others." Does your wife feel the same way? This is the first question you need to ask. It's not a good sign that she immediately worried about the intentions behind your suggestion. So, the first step is to have an honest conversation with her to explore what she really wants.

I must say, it is very important that you both are aware of the consequences of stepping out of your marriage. As a Christian, I strongly believe that marriage is sacred and the sexual relationship is between two individuals. But even if I assume that you are not religious in any way, the threatening consequences of bringing another into your marriage is steep. There aren't many success stories of people who successful stepped out of their marriage, even with the other partner's knowledge or approval, be it in the way you intend, a three some or swinging. It is a very risky move.

So before you both agree, consider two things. First, if your wife truly is on the same page as you. You don't want a situation where she does this just for you, then starts to resent you later for it. Secondly, assess yourself and your true intentions behind this.  Consider that even if you don't intend to, you may start to feel a combination of jealousy, remorse, insecurity, and anger when you expose your wife to the option of seeing herself with someone else. By making it an open relationship, you will be opening a door, you may not be able to manage, let alone close. Also, consider the health risks.

Lastly, whatever happened to seeking out new ways to add sexual pleasure and excitement to your marriage? I hear, role-playing, for one gives spark and diversified excitement, when needed.

Remember, excitement lasts only a few minutes/hours but marriage lasts a lifetime.

I hope I helped you see this situation in every way possible.