Yay! Fall is here!....means most of my favorite shows are coming back this week!  In case you're interested in Fall TV like I am, here's my Top 10 Fall 2017 list.  I'm so excited! I so want to hear about what you're looking forward to.  And before I start getting emails about why i left off some of my favorite shows like Game of Thrones, Queen of the South, Suits and Wentworth, this list is limited to the shows premiering Fall 2017. Look out for them on the subsequent seasons of Watchfests.

Don't forget to leave comments. I want to know...what are YOU watching?

When: Tuesdays at 9 p.m./8ct (Season 2 Returning September 26)
Where: NBC
What its about: A dramedy built around four characters who share the same birthday. They all have burdens but past their burdens, they are family!

What's to love: It's all about family and love! It's a tear-jerker but it's REAL. It's also very relatable, especially if you understand the complications of "family-ship". 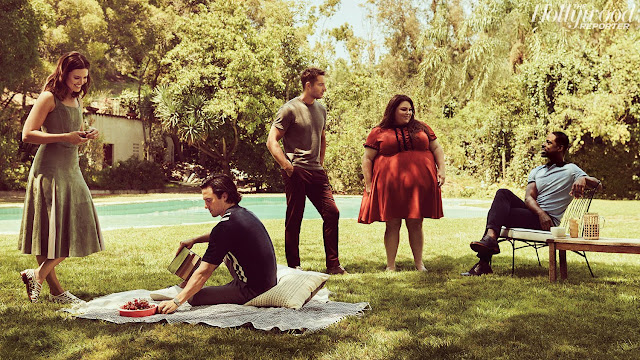 When: Tuesdays at 10p.m./9ct (Season 2 Premiere: September 26)
Where: ABC
What its about: An American Political Conspiracy Drama profiling a former Secretary of Housing and Urban Development who survived an explosion which claimed the lives of the President and every other possible successor, making him the "Designated Survivor". 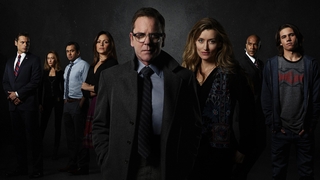 What's to love: It's very well-written and fast-paced. The actors and actresses all carry their roles with ease. There are no dull moments You WILL be engrossed and entertained all the while wanting to be on the President's team.


What its about: When former U.S. Navy Officer and Most-Wanted fugitive Raymond "Red" Reddington surrenders himself to FBI, they know they are in for a long ride. Reddington not only offers the FBI a list of highly-wanted criminals including drug lords, mobsters, politicians, and international terrorists but offers to help round them up, but only on the condition that he works solely and directly with recent rookie Quantico graduate Elizabeth "Liz" Keen. Throughout the show, we find that Reddington is not only a high-profile crime lord, he is also just a man with a past that includes a complicated and yet-to-unfold history with Keen.


What's to love: I've blogged about what I love about Blacklist before. The last season was all about taking apart all of Reddington's network piece by piece. This new season shows a new Reddington: broke and a father. I've always been intrigued by Reddington - He's an uncle I'd love to have. But this time around, I want to see just how he will pick himself back up. I don't know about you, but I'm here for it! 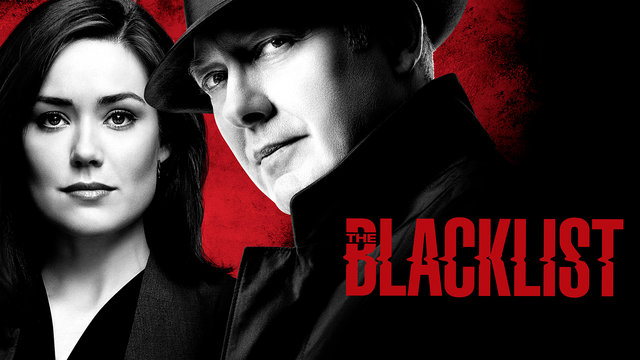 When: Sundays at 9 p.m./8ct pm (Season 8 Premiere: October 22)
Where: AMC
What its about: Based on a comic book series of the same name, this horror drama is set in the aftermath of a zombie apocalypse. Premiering in 2010, it follows a small group of survivors led by Rick Grimes a former Sheriff's deputy as they struggle to survive daily and avoid getting bitten. Basically, if you get bit by a walker (aimless brainless walking zombies), you die, only to wake up in a couple of minutes as a walker. The group is not only threatened by walkers (some of which are their "turned" family and friends) but also, other survivor groups. In fact, now after five seasons, we now know that the biggest threat in this apocalypse are in fact other people.
What's to love:  Like I said before, The Walking Dead is not just about Zombies. It's more about "human beings" and how they fare when the world as they know it goes up in flames. It's about survival instincts and it truly makes you wonder the amount of "values" you'd give up if you only had one job and goal: "to survive". Oh, and if you've grown to hate Negan as much as I do, you're already on the edge of your seat because this is the season when the team says "enough is enough". 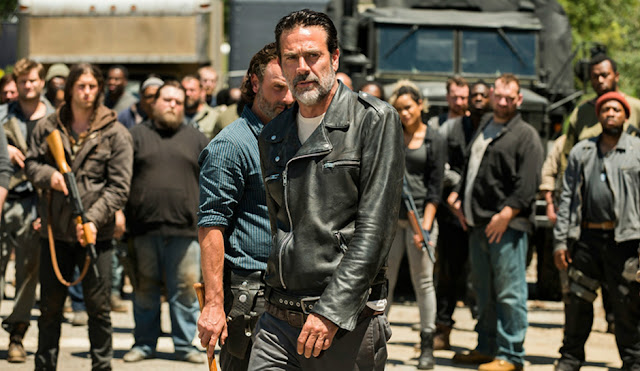 When: Thursdays at 8 p.m./7ct (Season 14 Premiere: September 28)
Where: ABC
What its about: A medical drama series focused on a group of doctors at hospital in Seattle, most of whom began their careers at the hospital was interns. The show is from the perspective of Meredith Grey, a brilliant surgeon who is the daughter of a famous surgeon.
What's to love: This is an oldie but goodie. While a lot of former fans have sort of given up, I've stayed because I'm loyal and because Meredith will be the other woman again, like she was in the first season. I like that Meredith is complicated and I like that the show has basically watched her learn, grow and evolve into a better woman/character.

When: Tuesdays at 8/7ct pm (Season 4 Premiere: October 3)
Where: ABC
What its about: An American sitcom which follows Andre Johnson, a wealthy advertising executive and his family as they navigate the moral dilemmas and family misunderstandings that surround "being black in America". 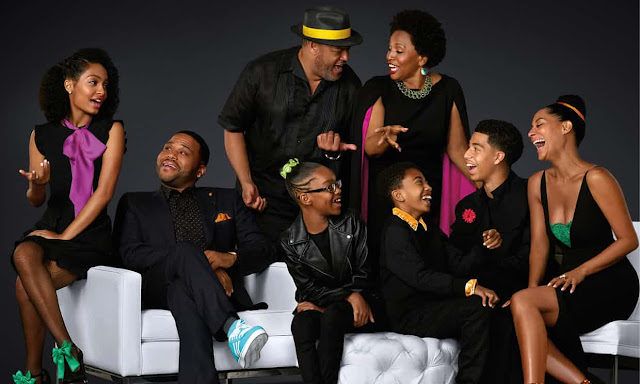 What's to love: In my previous WatchFest, Black-ish was just a bonus. But now I've watched some more and it's definitely a top 10. It's not just a sitcom and it's not just another "black" Cosby show run-off, it's different, because it unapologetically embeds Race into the show's identity. It's direct, it's funny and its relatable! Oh, and I love Tracee Ellis Ross who plays Andre's wife.

When: Tuesdays at 10 p.m./9ct (Season 2B Premiere: October 3 & October 4)
Where: OWN
What its about: A family drama about three estranged siblings whose lives have taken incredibly different paths and are now being forced to come together after their father suddenly passes on.

What's to love: Queen Sugar not only has strong performances, it is as authentic as they come! Melo-drama is an understatement. Beyond Kofi Siriboe being hot chocolate goodness for the eyes, the show
is definitely a must-watch.

8. HOW TO GET AWAY WITH MURDER

When: Thursdays at 10 p.m./9ct (Season 4 Premiere: September 28)
Where: ABC
What its about: A drama series that circles Annalise Keating (played by Emmy-winning Viola Davis) who is an intelligent and mysteriously charming Criminal defense lawyer and professor who teaches a class on How to Get Away with Murder. To intern in her law practice, Annalise chooses the four best students from her class. The result is a scenario where the students, alongside Annalise's employees, must use what they learn in real life.
What's to love: Been watching since Season 1. Still, So much drama. So much intensity. So many twists and turns ! You just can't keep your eyes off it.

When: Wednesdays at 9 p.m./8ct (Season 9 Premiere: September 27)
Where: ABC
What its about: A mockumentary following the lives of members of an unconventional family headed by Jay Pritchett, an older guy, his young and hot Columbian second wife (who has a young son from a previous marriage), his housewife daughter married with three kids and his gay son who has a life partner and adopted Asian daughter.
What's to love: It's just really funny! It's Brilliant, poignant, has mature content and pure comedy. Another oldie but goodie for me.

When: Wednesdays at 10 p.m./9ct (Season 9 Premiere: September 27)
Where: OWN
What its about: An original drama series from award-winning writer/producer Craig Wright (Lost, Six Feet Under, Dirty Sexy Money, Brothers and Sisters) about the Greenleaf family and their sprawling Memphis megachurch, where scandalous secrets and lies are as numerous as the faithful. Beneath the surface of a "Model-Christian" family lies greed, abuse, adultery, sibling rivalry, conflicting values and disheartening tragedy that could very well tear the family apart. It's written from the perspective of a prodigal daughter who returns home after a family tragedy. What's to love: Beyond the well-written plot and stellar production, there's the fact that this show addresses two often overlooked issue: (1) abuse to young women within the family and it's long-term effects and (2) closeted homosexuality. It's intriguing, its educational, its emotional and it's just juicy!

1. Will & Grace (NBC, Premier September 28)
What's to love: I'm so excited about this oldie show coming back! I loved it growing up more than I can put into words and even though I know most show come-backs flop, I just can't wait to see what the producers do with this one.

3. Scandal (ABC, Season 7 Premiers October 5, Thursdays 8 p.m./7 ct )
What's to love: Even though, Scandal didn't make Top 10 this time around because last season was definitely low-bar for me, it still has mysteries, love triangles, secrets, and political implications, which is a cocktail for entertainment.

4. Fresh off the Boat (ABC, Season 4 Premiers October 3, Tuesdays 7:30 p.m./6.30 ct)
What's to love: Like a reviewer on Rotten Tomatoes commented, "The immigrant/culture clash storylines are the freshest things about "Fresh Off the Boat."

If I missed your favorite show, drop a comment! I'll try any show at least once.