The Ten Worst Things to Put on Your Resume-Kelly Eggers

I ran into this article earlier today on Yahoo and thought it'd be helpful for the millions of people (including me) who are job-hunting or will start in the near future. Since you don't have the opportunity to knock door-to-door at all your dream jobs, your resume is what does the job for you (pun intended). Its your "acting" representative so it should look even better than you ;-). 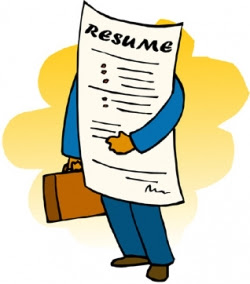 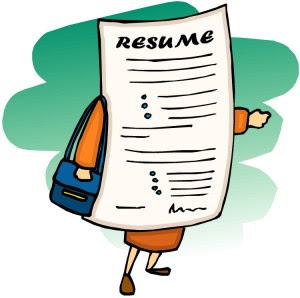 I found this article very helpful. Please do pass it on to anyone you know who may find it useful.


According to a 2010 Accountemps survey, 28% of executives say the resume is where most job seekers make mistakes in the application process. But what exactly constitutes a mistake?
We talked with career coaches and resume writers to find ten gaffes that will guarantee that your resume never makes it past round one.

1. Unnecessary Details About Your Life
There are a few personal details you should include on a resume: full name and contact information, including email, phone number and address. But beyond that, personal details should be kept to a minimum. If the prospective employer wants to know more than the minimum, they will ask you or figure it out for themselves.

"Your age, race, political affiliation, anything about your family members, and home ownership status should all be left off your resume," says Ann Baehr, a certified professional resume writer and president of New York-based Best Resumes. "What's confusing is that [a lot of personal information is] included on international CVs. In the U.S., including [personal data] is a no-no because it leaves the job-seeker open to discrimination."

The exception to the rule: If you're looking to work for an organization closely tied to a cause, you may consider including your race, political party, or religious beliefs. "Personal data may suggest a bias, unless what you want to do next is directly tied to one of those categories, because it shows aligned interest," says Roy Cohen, a New York City career coach and author of The Wall Street Professional's Survival Guide. So, unless you're looking to work for a religious, political, or social organization, you're better off keeping personal philosophies to yourself.

2. Your Work Responsibilities as a Lifeguard When You Were 16...
"Don't include information that will not advance you in your work goals," says Rena Nisonoff, president of The Last Word, a resume-writing and job-coaching company in Boston. "Anything extraneous should be left off your resume." That includes hobbies and irrelevant jobs you held many years ago. Unless you're an undergraduate student or a freshly minted professional, limit your work history to professional experience you've had in the past 10 to 15 years (or greater, if it was a C-level position).

3. A Headshot
In some industries, being asked for and including a headshot is commonplace, but unless you're a model, actor, or Miss America, the general rule of thumb is that photos should be left out.
"To many [hiring managers], including a headshot feels hokey," says Cohen. It can give off the wrong impression, and isn't a job-seeking tactic that's customarily received well. Furthermore, it's illegal for employers to discriminate against job candidates based on appearance, so attaching a headshot can put employers in an awkward position, says Nisonoff. Unless it's specifically requested, and it's relevant to the job at hand, keep your appearance out of it.

4. Salary Expectations
Most job candidates feel uneasy discussing salary requirements. For good reason: Giving a number that's too high or too low can cost you the job. You should keep it out of your application materials entirely, unless the hiring manager asks for it.

"If they specifically ask for it, you should give them a range," says Nisonoff, but even still, that information should be reserved for the cover letter and not put on the resume. If you have the option, save that discussion for a later stage of the interviewing process, ideally once the interviewer brings it up.

5. Lies
This should really go without saying, but career coaches and resume writers alike report that the line between embellishment and fabrication is often crossed by job applicants -- and that they've seen it cost their clients jobs. One of the most common areas in which people fudge the facts is the timeline of their work history.

"A client of mine who worked for a Wall Street firm had moved around quite a bit," says Cohen. The client, who was a registered representative, intentionally excluded a former employer from his resume, and covered it up by altering the dates of employment at other firms. "Registered representatives leave a FINRA trail, and when his resume was checked against his FINRA trail, [the company] saw he had left off a firm and they pulled the offer," Cohen explains.

Whether it's using false information to cover a blemish or exaggerate success, there's no room to lie on your resume. No matter how miniscule the chance is that you'll be caught, you should always represent yourself as accurately as possible.

6. Things That Were Once Labeled "Confidential"
In many jobs, you will handle proprietary information. Having inside information from your positions at previous employers might make you feel important -- but if you use that information to pad your resume, chances are it will raise a red flag.

"Confidential information should never be shared, it shows poor judgment," says Cohen.
If you're sharing the names of your clients, in-house financial dealings, or anything else that might be for your eyes only, it can backfire in two ways. The prospective employer will know that you can't be trusted with sensitive information; and your current (or former) employer might find out what you have been sharing and it could be grounds for dismissal or even a lawsuit.

7. If You Were Fired From a Job -- and What You Were Fired For
Your resume should put you in a positive light. Including that you were let go for poor performance, stealing from the company, or any other fault of your own will have the exact opposite effect.

"Leave out information about a situation that positions you negatively, such as 'I got fired' or 'I mishandled funds,'" says Cohen. "Anything that suggests you used poor judgment in your current or former job."

Following this advice does not violate the rule about lying (No. 5). If you're asked to explain why you left a job, you need to bite the bullet and be straightforward, but until then, make sure you're putting your best foot forward.

8. Overly Verbose Statements
There is a pretty fine line between selling yourself and overselling yourself. Too many resumes overstate the importance of job responsibilities.

"Job seekers with limited experience [try] to put themselves in a 'management' light," says Baehr, using phrases like "'Spearheaded high-profile projects through supervision of others, leading by example.'" Keep your flair for the dramatic to a minimum, so resume readers can get a picture of what your real responsibilities were with your past or current company.

9. "References Available Upon Request" and Your Objective
The age-old "references available upon request" has become archaic. You should have solid references lined up from the get-go, so when the hiring manager asks for them, you're ready to share them.

"It's not really an option," says Baehr. "If they want your references, they're going to get them."
Also nix the objective statement. It's not really necessary to explain your career goals unless you are a recent graduate or are switching careers. If necessary, work your objective into a summary of your qualifications, says Cohen.

"It explains what you want, which may not be readily apparent from the resume," he says, "and it also tells a story to explain why you want to make the career change."

10. TMI
Too much information is almost never a good idea. It's particularly bad when it's put in front of hiring managers who are busy, tired, and quite frankly, probably not going to read your resume word-for-word. If you put too much information in your resume, recruiters will likely not read it at all or just scan it quickly.

"Far too much detail is damaging because it won't get read," says Cohen. "It suggests that you get lost in seeing the forest for the trees and also suggests an attachment to information. It's a burden to the reader, and these days, readers of resumes don't want to be burdened."
Source