Dear NwaVic, Only Did Trad Wedding, Why the "Divorce" Stigma?

I'm a 26 year old Igbo girl. A couple of years ago, I met a guy who said he wanted to marry me. He  paid my bride price and we had a wine-carrying according to Igbo culture. I moved in with him and his parents shortly afterwards while we planned the wedding. Sadly, we didn't make it to the white/church wedding. Long story. But the short of it is that I was thrown out of the house by his overbearing mother and even asked for their bride price back. It was returned to them only for him to come back begging but notwithstanding his many pleas for reconciliation, I have moved on and I'm now ready to settle down for good.

Even before all this, I met a guy, my cousin's friend, who constantly showed up at my job to profess his love for me. I didn't consider him till after I separated from my ex due to his persistence. He tells me he loves me and wants to marry me. But I never committed to him because I wanted him to round off his Masters in the UK first so we don't subject ourselves to a long distance relationship. He recently came back and just as I was getting settled to the idea of he and I together forever, my cousin tells me he told her he met someone else who he wants to marry but that she shouldn't tell me because he'll tell me at his own time.

Yet, he calls me his love and acts normal. I'm burning inside. When my cousin asked why he decided not to marry me, he said its because I'm a divorcee. He basically called me second-hand. I' I don't consider myself a divorcee because I never got married in front of God or in court. I'm so hurt. This is not the first time a man has turned his back on me because of my traditional wedding to my ex. I'm so hurt. What do I do? Do I confront him?

Sincerely,
Not a Divorcee 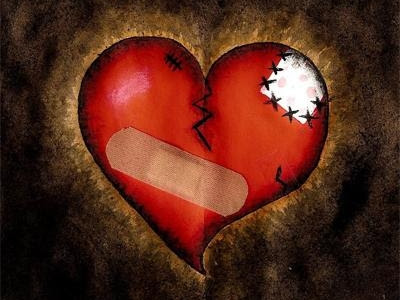 Dear Not a Divorcee,

Thank you for writing NwaVic at dearnwavic@gmail.com. I can imagine the hurt you must be feeling so I'm sending you hugs. It's unfortunate the amount of stigma that follows any girl who has been labeled "taken" in a lot of cultures. Specifically, in  the Igbo culture, once your bride price has been paid, you are officially married. In their books, the white wedding is a "church" wedding and is just a cherry on top. This is why when they got their bride price back, you were "culturally" divorced. I say this to show you that focusing on not being called a divorcee won't help matters, or make you feel any better. What matters is how you see yourself, past the "stigma". You are only what you answer to.

You should focus on yourself. Noone goes through a bad relationship and comes out without a few scars. What you do with those scars is what counts. You should turn your scars into lessons for your future relationships/marriage. How? You need to be more attentive to a man's character. This brings us to your current situation. I have written severally about how with men, your best inclination to their heart is not in their words but in their actions. But this guy's words aren't even consistent. And what is "normal" actions to you? Even though you trust your cousin's words, I advise that you use the information as motivation to keep your senses alert. Pay closer attention to how this guy acts. If he is seeing someone else "he wants to marry", your 6th sense will tell you.
Maybe, even casually pry into conversations with him that concern his future plans about you. Use the lessons you've learned in the past to help you decipher where he stands.

And let me give you a lesson I personally learned, don't ever get "settled" to the idea of any man being your husband till he makes it so.

The sad truth is that a good number of "traditional" Igbo men will call you second-hand. But you know who/what you are. You are not second hand- You just survived an unfortunate relationship. Focus on rebuilding yourself and confidence and seeing yourself how God sees you...special and His own. Your true husband will most likely come around when you're not looking and when he does, your past won't matter as much to him as your present does. Keep your head up.