Dear NwaVic, After 2 years, Is it time to give up on my ex?

I am in love with a girl named Peace. I asked her out but she didn't accept for the main time so I gave it a break for sometime. Then, my friend who knew that I love this girl came and asked me if she is available. I gave him the go ahead just to know what kind of person I was dealing with. Before I knew it, they started dating. I couldn’t stand it. I was so angry that my friend and I stopped speaking to each other. After some months, they broke up. I asked her out and we started dating. I love this girl so much and she loves me. Also, she openly told me that she has so many boyfriends but she loves me more than any of them. I didn't bother due to my love for her. But just recently, she came to where I stay and entered my neighbor’s house that is a guy. I was so angry with her that we weren’t speaking with each other. After some days, we decided to talk and she said that she did that (though didn't have any intimate or sexual relationship) because I haven’t been calling her and visiting her like I used to do before. I know I am guilty of this. She was so angry that she called it quits. I begged her and she forgave me but I wronged her again by using my friend’s social media account to insult her and my friend went and told her it was me. Since then, I have been begging her for over two years and she keeps treating me like an outcast. She even told her friend that she doesn't what to have any serious date again and that she just wants to be a player. She vows to pay me back for the entire emotional trauma she went through because of me. The point is since she left me, I haven't dated any girl. I just can’t live without her. I want her and she also wants me back but she is scared. What can I do? Should I let her go or continue begging her? Is this love or fantasy? I would be glad to get a reply. Thanks. 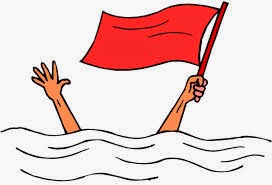 Dear M,
Thank you for writing NwaVic at dearnwavic@gmail.com. Your letter details a continuous drama-filled hurt exchange between two people who claim to "love" each other. My response would've been simpler, but since there are so many incidents/red flags, let me take them one by one.

Incident #1: When your friend asked to date a girl you knew you liked, you should have told him the truth, "I like her and I want to pursue a relationship ." If he went ahead anyway, then that would be on him. By lying to him, assuming he had no other way of knowing, you gave up all rights to be angry.
Incident #2: You started dating her and she told you she had so many other boyfriends, yet you stayed. When a person, tells or shows you who they are, please believe them and act accordingly.
Incident #3: In retaliation for your lack of affection, she went into your male neighbor's house. For one, if she had communicated her feelings to you, you would've avoided this drama. More so, you knew she had other boyfriends, so you were technically "cheating" with her. You can't get upset when she does the same to you.
Incident #4: After she forgave you, you used social media to "insult" her under a disguise. I can't imagine that you have a plausible explanation for this. If I were her, I'd never speak to you again either.

At this point, I hate to be brash when I say, it's time to move on. It's been two years. Maybe she has indeed realized how much of an unnecessary toll the relationship  takes on both of you. You may love her but just because you love someone, doesn't mean they are the right person for you. Certain people are just hazardous to each other. This "cycle of pain" you call a relationship reeks of  toxins. And you are hurting yourself by not trying to heal from it. You say you cannot live without her, but trust me, when you came out of the womb, you were alone, so you can live without anyone. You just have to make the choice to move on and stick to it.