The Old Man Without Rhythm Who Inspires Me

I've been watching an old man. Okay, get your mind out of the gutter. Not in ThAT way. But yes, I've been watching an old man for days...okay, weeks, more like months. He's in my Monday Zumba class. He looks Asian. About 5 ft 4 inches in height. Bald. He's always already there when I get there. Well, I'm always a just a  tiny weeny little bit late. I often watch him, not because I stalk him but because he inspires me.

My Zumba class is not for Beginners. In fact, when I first moved to Texas and joined, I was utterly overwhelmed. The average person in the class was not only hitting the moves without missing a beat, they were doing it with passion, exaggerating each step, like there was a medal to be won. There IS a medal to be won. Fitness. A good hour long Zumba class could rid you of 1500 calories and give you at least 8,000 steps (for Fitbitters like me). I've been an avid "Zumba-rist" for at least 4 years. It's the one exercise I can do and thoroughly enjoy it, pain included. It's dancing but with purpose.

I may be digressing. But my point is that, notwithstanding my experience, this class floored me. And still does. But every time I feel like I have had it for the day, I look up at the mirror in the front of me and glance at
the
old
man
behind me.

And he is still moving.  Even when it seems like the routine has left him breathless.

I glance over at his thin legs as they try to make the four-count turns and I watch his as he attempts to jog in place when the rest of the class is doing sit-ups, squats and a mid roll, all in sequence. He always wears the same thing...the oversized cranberry t-shirt, black gym shorts and old shoes 3 sizes bigger than him. The old man shakes his hand when others are shaking their hips and his hands are often still in the air when everybody else's is resting on their knees. His rhythm reminds me of....never mind.

The old man never stops moving. He shows up to class early and stays the course.  His goal is to complete a one hour Zumba class and even when he is 10 steps behind everyone else, he keeps on moving. And he never even looks right or left to know what everyone else is doing. He's always so focused on dancing, he didn't realize when I took this candid photo shot of him.

Because he doesn't care what I think. And he very well shouldn't. 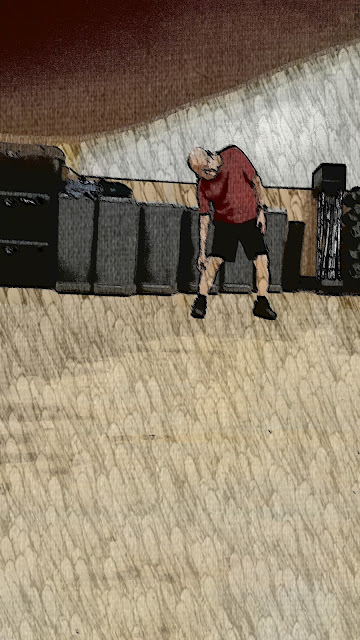 I like this old man. He inspires me. Sometimes, I focus so much on being in sync, that I loose perspective. I dwell so much on rhythm that I become deaf to the music. But I need to keep moving.

And you do too. Don't worry so much about the little distractions life throws at you. Don't worry about whether or not you are rhyming with the guy who graduated the same year as you. Create your music, dance to it, and
no
matter
what,
keep moving. 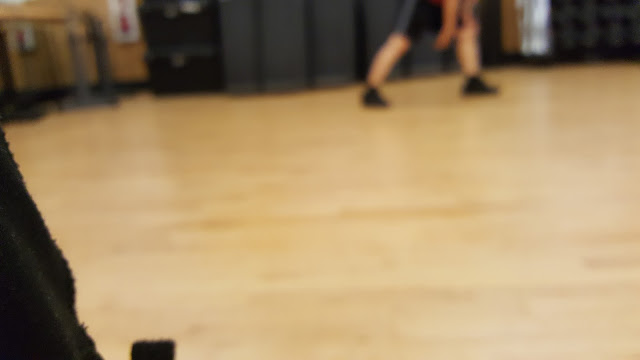