Today is February 29th, aka Leap Day! A day that only comes about during a leap year, every 4 years.  Its literally an extra day in the year, so this year we have 366 days instead of 365 days. Awesome stuff right? 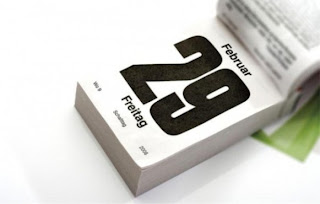 Incase you didn't know, the concept (or rather reality) of leap year was invented by Julius Caesar in the first century in order to ensure that the solar calendar and the man-made calendar matched. However, was an unofficial calendar till 1582 when Pope Gregory XIII formed the Gregorian calendar, the same calendar we use today...you know, the one hanging on your wall, the one in your phone....yes its called the Gregorian calendar. :-!

Apparently, the earth doesn't rotate around the sun in precisely 365 days every year. It does so in about 365.25 days so every year there's a quarter-day error...this error is what the extra day is fixes/makes up for. You may ask, why is Leap Day in February? According to the astronomical scientists, February used to be the end of the year so the extra day was put at the end of the year.

Imagine being born on February 29 like Ja-Rule. That would mean you only get a year older every four years.....if only biology was Leap-Year-sensitive, it'd be a more attractive option right? 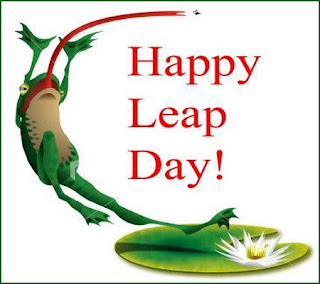 There are a number of superstitions about Leap Days stemming from both Greek and Ukrainian history. For e.g. there's a belief that anything new you start on leap day (e.g. marriage, engagement, child baptism, contracts, trade, new job, etc) is scheduled for doom. There's an article which profiles those born on Leap Day as ridden with bad luck- here.

I don't believe in anything not based on the Bible. As a Christian, you shouldn't either.

So to me,  today is just a special day (exempt from any kind of bad luck). Its an EXTRA DAY we get only once every four years. What are you doing with your extra day? I know, I know, no one gets off work or school, or life, or bills but its still an extra day. For those who are salaried workers, arguably you work for free every leap day because this day is probably not calculated into your salary. (something to think about...)

Anyway....no matter where you are, I suggest you take a mind vacation...If you're at work, dare to put your feet up (not literally please, the economy is bad lol) and if you're at school like me, sit there and imagine you're in cancun. hehehe...its the best you can do on an EXTRA day :-) 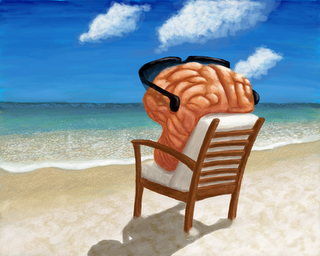