A couple of nights ago I came across an Investigative Discovery show called "Who The 'Bleep' did I marry?" The show basically profiles stories of men and women who had long-term relationships and marriages only to later find out a shocking hidden secret about their partner. Each episode is about 20 minutes long without commercials.

One of the episodes profiled a woman who found out her husband and the father of her children was literally cutting open, stealing and selling body organs from dead bodies for profit. This man would steal bones and replace them with plumbing pipes and close up the body so the coffin won't be too light as to alert the family members.  I saw a story about a woman who emptied her savings account and went into debt to provide over $220,000 for her husband to invest in a business only to find out that he spent all the money on other women. There was also a story about a man who found out his wife was married to numerous other women. Most shockingly, a woman believed she was married to the perfect man for decades only to find out that the man in her bed was a long sought-after serial killer who murdered over 20 women. I mean, love 'can be' blind AND people are sick o.

The way these men and women describe their partners before the big reveal can make one really wary of the idea of marriage. It calls to question whether people ever really know who they are married to and brings to light the vulnerability of being human- a person can change anytime.

Like my sister Ogo always says "Before you get married, do your research, and get to know the person.  But ultimately, pray without ceasing, even after you're married".

Last night, I saw an episode that profiled Diane, a 50 year old woman who decided, after the end of a 19 year old marriage to give love a second try, especially after she met Phillipe on a dating website. They fell in love and she describes their relationship as blissful. It was only after he broke up with her and she started feeling sick sometime later, that she found out that he had given her HIV, alongside at least 5 other women. Basically, this man was going around sleeping with women without protection and assuring them he was clean, when he knew he had AIDs. 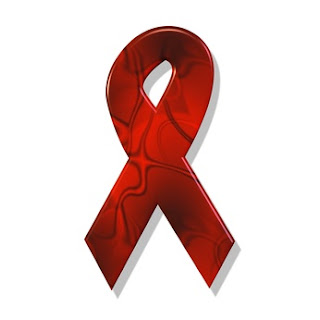 This post is dedicated to both men and women. If you do decide to sleep with anyone, before you do, request a test. Even before you get married and often during the marriage, do this. To avoid an unnecessary "you don't trust me" fight, suggest to your partner that you should go and get tested together. Then, exchange results. After all, you need to know your status as well. Even if you do fight about it, the fight is worth wayyy more than realizing you've been given an illness you'll have to contend with for the rest of your life.

AND Use protection- this advice may seem redundant to you but its alarming how many people still don't bother because they "trust" their partner. As a woman, even if you're on the pill, its not enough.