Interesting Read: Why Successful People Leave their Loser Friends Behind

I've always been really particular about people I surround myself with. I make it a point to surround myself with people who enrich my life and whose lives I can enrich as well. I am a mentor to some and a mentee to others. More so, for my closest friends, we are both to each other.

People you keep around you inspire or break you....pick them wisely. This is my mindset "if your presence in my life can't bring value to my life, your absence won't make a difference". Don't misunderstand me- I'm not preaching being a snob because I'm not. All I'm saying is that when it comes to close friends, life partners and people whose opinions matter to you and your life choices, choose people who will make you better and spend more time with them.  They will lift you higher; spiritually, career-wise and emotionally. The less time you spend with losers, the more peacefully successful you become.

I've blogged about this concept enough times for my readers to know how much positivity and upwardness means to me and my life's journey; First, in my Curse of the Negatives post, then in my 7 Mechanics of True Friendship and The Power of Encouragement posts.

But I came across an article by Brenton Weyi today and he couldn't said it any better. uch an interesting read and the gospel of my life. Interestingly enough, my brother and I had a prolonged conversation about this same topic a few days ago. Enjoy :-) 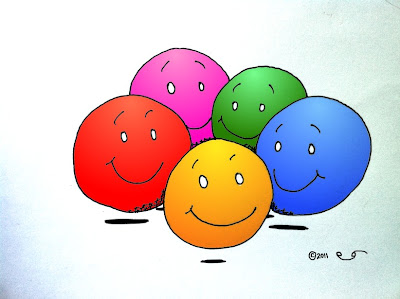 We all want to be amazing. We all want to be successful, happy, and regarded as important figures in our fields. I am sure that you’ve heard all of the keys to success before: planning, hard work, perseverance, etc.
But today we are going to look at the one factor that will likely make or break your success: the people you surround yourself with.
“You are the average of the five people you spend the most time with.” – Jim Rohn

A good friend of mine once told me of a man he knows who brought himself up from rags to riches.  Living paycheck to paycheck was a luxury for this man, and he decided that he was tired of being trapped by his own life. The poor man looked around at his friends, and noticed that one of them – who wasn’t particularly smart or more talented – had become quite wealthy. He asked this man how he accrued this wealth, how he was able to become a millionaire. The wealthy man’s response was simple: “keep the right company.”
The man took that advice to heart. He quickly noticed that all of the other friends he had hated hard work and had no desire to improve themselves. So he sought out new friends, he went around to conventions and seminars to connect with people who had made something of themselves. After he had completely replaced the people in his network, he decided to make a list. This list was simple. It had a column for people who would improve his life, and a column for people who would drag him down.
If someone could improve his life, he spent as much time around them as possible. If someone could drag him down, he never spent more than five minutes around them. After following his “make or break” list, the man was able to become a millionaire within three years.

No One Does It Alone The five-minute rule may be a little extreme, but there is an important lesson to learn from it: if you surround yourself with positive people who build you up, the sky is the limit.
There is an ideal in our society of the “self-made” man – a man who is able to find success through his own efforts. Now, don’t get me wrong, success does require an immense amount of determination and personal grit. However, success also depends on the ability to connect with people who have already made it.
There was once a man named Ernest Hemingway. If you aren’t familiar with Ernest Hemingway, he was one of the greatest American writers of all time. Even a great writer like Hemingway didn’t succeed on his own. He worked at a newspaper where his boss – a writer named Sherwood Anderson – helped him get his first novel published. Hemingway then connected with other no-name writers like F. Scott Fitzgerald, Virginia Woolf, and James Joyce.
This community of great writers helped to influence his style, success, and drove him to write every single day and become one of the greatest authors of his generation.
Hemingway is a testament to the fact that innate talent alone does not equal success. It’s hard to keep up a strict schedule to perfect your craft or improve yourself if you don’t have people around you with similar interests. Your network – your five key people – will determine the way you think, the way you act, and the way you approach your life goals.

A mentor once told me that no matter how many close people you have in your network, if you want to be truly great, you must have three essential people in your life at all times:
A great figure of history who embodied this principle was Aristotle. Aristotle was one of the greatest minds to ever grace this beautiful Earth, but this was only so because he was constantly challenging himself and working to refine his talents. He exchanged ideas with other Greek philosophers in the “Academy,” learned from his mentor Plato, and taught a young boy named Alexander…who would later become “Alexander the Great.”
Every great person was, is, or will be successful because of the company he or she keeps. They will make an impact because of a successful network of driven peers who provide both inspiration and healthy competition.
If you want to be remarkable, you must constantly challenge yourself and surround yourself with remarkable people. So think about what your goals are, and take a look around you. Do you need to write a “make or break” list? Do you have the kind of people who are going to lead you to live the life of your dreams?
“Don’t join an easy crowd. Go where the expectations and the demands to perform and achieve are high.” – Jim Rohn

So true and sad for the loser friends :-(

True. How and where do you find these people?

True. Where and how do you find these people?

By networking. Once you're open & willing to meeting new people, you'd find them. Look at every event or gathering as an opportunity to meet people. For example, if you have a friend who's doing we'll, attend events with them. More than likely, you'll meet more people like him or her. No better time than summer :-)