So! As we all must have heard, Facebook founder Mark Zuckerberg married his long-time girlfriend Priscilla Chan last weekend. 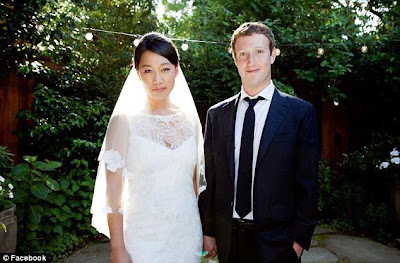 The way the Zuckerbergs handled the engagement and wedding is inspiring. Its a lesson in Patience, Modesty and Independence.

First, the couple got married after a nine-year relationship. They first met when he was a freshman at Harvard and started dating when she was a freshman and he, a sophomore. I mean, like they say, behind every successful man, is a strong woman. This is a woman who seems to have stood behind her man as he built his empire. He has admitted in interviews that he consults with her about big decisions regarding Facebook including when Yahoo offered to buy Facebook. She loved him before he became one of the richest people in the world and its inspiring to know he's loving her back now. She was patient enough with him to give him time to become his own man. I can't say for certain whether or not she was screaming marriage in his ears since after the 3-4th year but all I know is that she waited. Last Saturday, her patience was rewarded. Its evidence that all hope is not lost in the world. That, there are still men in the world, who even though they can score ANY woman on the planet, no matter how long it may take, will choose the one who supported them on their way up. 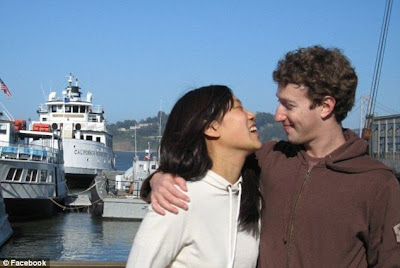 Second, when I saw the engagement ring and the wedding gown, I was awed. In a good way. Those two, being the highlight for any bride, is evidence of any couple's character together. I've always known Mark was simple and never one to dress his status (big money suits and the like). The dude walks around in hoodies. But this is evidence of a deeper character trait- modesty. The ruby ring, which he personally designed, cost about $50, 000. Granted, that's big money for any normal person but for a man worth about $20 billion, you'd think he would've bought a diamond ring worth millions of dollars. I mean, even a ring of that caliber won't even dent his wallet. I'm sure he could have got the ring for free if he contacted a jewelry company and made himself known. What's more is that the bride bought her classy dress off the rack for $4,700 at a bridal store without being noticed. Talk about modesty. If it were other celebrity couples, they would've created a show just based on her shopping for a dress. Mschew. 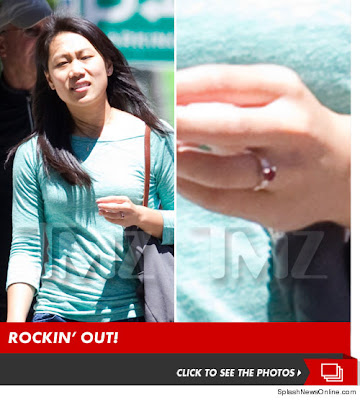 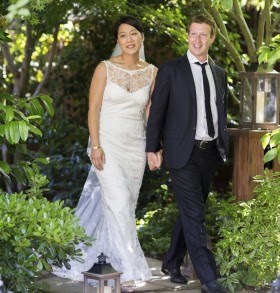 I'm impressed. Its a lesson for all the vain and shallow people of this world.

I was still reveling in the beauty of the Zuckerberg modesty when I read Linda Ikeji's post on her blog about it. She was basically calling the Zuckerberg's cheap and his wife ignorant as to what she could get from her stinkingly wealthy man. Read the post here. Now, <-----that's the main reason Mark married the woman he was sure wasn't a gold digger. Enough said.

Third, Priscilla a.k.a Mrs. Facebook inspires me because she could really sit her butt at home doing nothing and still live a more luxurious life than you and I. I mean, she just married a man worth $20 billion. You would think so right? Chic is a classic example of an independent woman, accomplished n her own right. I'm impressed by her credentials alone.

She graduated High School in 2003 as a part of the National Honors Society, she studied Biology in Harvard (and stayed put even when Mark quit school to focus on Facebook), she taught as a fifth-grade science teacher for a couple years, then proceeded to attend medical school from which she just graduated. She hopes to be a pediatrician. This is a woman who seems to know what she wants to achieve in life and is pursuing it, independent of her man and what he has. If only all women thought that way. Sigh. 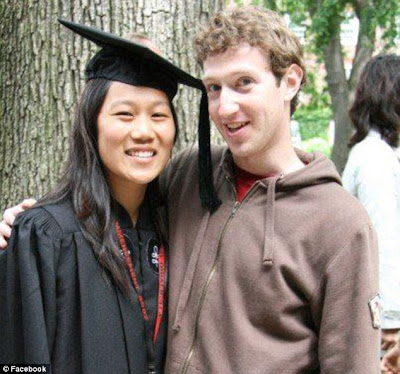 I don't know about you but I AM Inspired! Although I've never been a big Zuckerberg fan, the way he and his new bride handled their engagement and wedding has given me cause to respect him more. 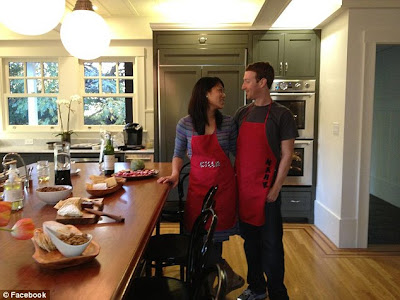 Congrats to the couple! In a world filled with unnecessary vanity (what Nigerians call effizy), its good to know there are still a few modest people out there :-)

An absolutely exquisitely penned piece of oratory. It takes more than a lot to impress me, suffice it to say I am absolutely outstanded by your brilliantly honest, modest and consise penmanship. I am however not surprised by it. Kudos to you, keep up the great work sis. Ud.