7 Things You Should Know About Relationships

Thanks to my friend Naa, I came across these articles from Relevant Magazine and couldn't help but share. It's a two-part series. The first part is for the ladies and the second part is for the gents. Here you go. 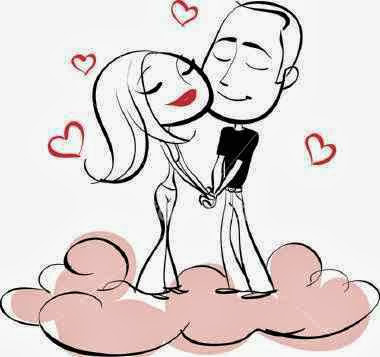 7 Things Every Woman Needs to Know About Relationships

I once fell headfirst into dating a “nice” drug dealer.

This came right after I heard a talk on the “you might be called to singleness” mantra coupled with the Christian “modesty pledge."

It was a Sunday afternoon in a room that badly needed re-carpeting. After hearing a long talk about from an older, single woman how she actually did enjoy her life because it was God’s best for her and we needed to accept that singleness might be God’s plan for us too, I decided there was no time for standards in my dating relationship. Doubtless, she had excellent intentions, but they were lost on me.

Mr. Nice Drug Dealer and I didn’t last long, because he was just one of many men I tried to fix, to heal, to save. My love never changed him. He was, however, my last hurrah in the camp of believing lies about relationships and having no standards for my dating life.Years into marriage and a whole host of dating mistakes (and one nice drug dealer) behind me, here are some helpful things I’ve learned about relationships—often the hard way, but learned nevertheless.


Here are 7 things women should know about relationships:

1. Your love isn’t changing him. A misunderstanding of this truth is why we date bad boys and “flirt to convert.” We love a good Beauty and the Beast story with notions that our love will help our man turn from his old ways and embrace purity, maybe sobriety and even Jesus.

2. Men want to feel needed. It's important to be independent and capable of looking after your own needs, but if that turns into carrying a “I'll never need a man” chip on your shoulder, you may drive him away. Men like to know they are needed in your life. Whether it’s fixing your car, providing financially for you or solving a problem, men actually like being asked to help. Create some space in your relationship, give up some control and don't be afraid of giving him the opportunity to help.

3. He already has one mother. The trash he won’t take out, the football he won’t stop watching, the shed he won’t organize. It’s easy to calmly remind him before work, after work, before bed, and then start all over again the next day—growing just slightly more pointed each time. Early in my marriage, I believed asking my husband over and over to do something in a nice voice didn’t count as nagging—but this is not the case. Nagging produces negative results. Focus on the positive in your relationship and pick your battles.

4. You deserve a lifetime commitment, not just a social media one.The truth is, many women don’t believe they deserve any better than the occasional text or a late-night rendezvous. If you want a lifetime commitment, you need to set your standards accordingly. A late-night “Out tonight?” text? You were made for more than pathetic attempts at dating. Hold out for the guy who will be in your life for the long haul.

5. Manipulation will sour your relationship quickly. We cry or tell half-truths to make the situation come out in our favor. Winning an argument or getting your way does nothing to better a relationship—and may in fact worsen it. Be forthright, and learn to navigate conflict through healthy communication and compromise.6. Men are not mind readers. We all know this in theory, but a lot of times, we act as if the men in our lives should know exactly what we’re thinking without us having to tell them. If you want your guy to tell you you aren’t fat or to spend more time with the kids, ask him directly. Give him a chance to respond to your desires instead of expecting him to read your mind. Use words, instead of stomping around the house or pouting.

7. He’s not your last chance. Many women stay in bad relationships, falsely believing he’s their last chance. Whether we think we’re too old, too long-gone, too messed up or have put too much time into a relationship—it’s commonplace to stay with a guy because we think it’s either him or being alone for the next 30 years. I know the statistics, I know how hard it is to find a good man—but don’t buy into the lie that a mediocre relationship is your last chance.

If you walk away from this post with one nugget, know this: Love isn’t hopeless. Don’t believe for a moment that God doesn’t see the heartache in your relationships, in your marriage, in your singleness. It is never too late to start making decisions now that will affect your relationships in the future. Hope will never disappoint.

7 Things Every Woman Needs to Know About Relationships

When my wife, Ruthie, and I were dating, I knew she was getting antsy about engagement. I was deeply in love with her, couldn’t imagine my life without her really and wanted to indicate, or hint at, my plans for the future.

So one beautiful fall day on a drive through the North Carolina mountains, I attempted to compliment her and let her know I was in it for the long haul—to put her mind at ease in a way. But what I actually did was the opposite.

“You have such sturdy legs. I really hope our kids have sturdy legs like you.”

The look on her face told me everything I needed to know. My bride is not speechless very often, but her face was contorted somewhere between a laugh and a cry—and nothing was coming out of her mouth.

Then added, “What a terrible way to describe a woman! I am NOT sturdy.”

I tried to dig myself out of the hole by making excuses—saying I’d chosen the wrong word, insisting sturdy makes me think of a supermodel not woman’s softball coach, and telling her how beautiful her legs are—but really there wasn’t much I could do to recover from that comment.

My understanding of women has grown exponentially over the last several years, and thankfully I’ve lived to write about what I’ve learned about relationships. Maybe this list will save you from some relational pitfalls.

Here are 7 things every man should know about relationships:

1. Winning an argument may harm your relationship. In the middle of a “he said” “she said” disagreement, it’s easy to focus on being right. But in most cases, being right doesn't really, truly matter. It only boosts your pride. I don’t think you should roll over and admit defeat at the outset of every argument, but, in my experience, having the last word in an argument is rarely worth the relational turmoil it can take to get there.

2. What you do for her is never more important than who you are to her. Many men believe bringing home a large paycheck or climbing the corporate ladder means they are a good boyfriend or husband. But what I’ve discovered is what we do for the woman in our life—take her to dinner, fix her car, drop the kids off—is never more important than how we treat her. Are you compassionate? Kind? Do you listen to her? Do you treat her as an equal? Do you serve her without keeping score? Focus on your character and then worry about your paycheck.

3. A date isn’t a marriage proposal. For those of you scared of commitment, the purpose of dating is to get to know a woman, to see how you click relationally and determine if this is the sort of life-long relationship you want. We need to find the middle ground between treating dating like a sport and praying for months before we ask a girl to dinner. Try not to over think it. Dating is a practice round, not the national championship. You will make mistakes, but try not to take yourself too seriously.

4. Digital communication should always be leading to face-to-face communication, not taking away from it. I know rejection and vulnerability doesn’t feel as scary when you’re hiding behind a screen. It’s easy to use technology as a crutch, rather than a mechanism to fuel more face time. As a general rule, a text is not an appropriate way to a) tell her you love her for the first time. b) break up up with her or c) have an argument .

5. Words can be everything. Obviously, I learned this one the hard way. Men can be careless with what they say, or surprised when women take an off-the-cuff comment to heart. Examples: “I have nothing to wear” is not her asking you to step into her closet point out options. “Do I look fat?” only has one answer. And nothing about her is EVER sturdy.

6. Listening, not fixing, is often the best remedy to her problem. As you probably know, men tend to be too quick to try to fix problems their significant others are telling them about. Instead of trying to cut the conversation short by jumping directly to a solution, it’s helpful to ask our significant other what type of response she is looking for. Does she want us to fix, to get angry or to just listen? If you aren’t sure, just ask. It can dramatically improve your communication.

IF YOU WANT TO BE A LEADER, START BY BEING A SERVANT.

7. You are worthy of respect. But don’t demand it. Something inherent in all men is the desire for respect. If you are dating a women who does not respect you, it is probably time to get out before you become a doormat. But as men, we should never demand respect, because that is the fastest way to show that you are not worthy of it.

Rather, if you want to be a leader, start by being a servant. Make the coffee. Don’t keep score. Relationships are all about give and take, and it’s never going to be fair. There will be seasons that are more focused on her and then the reverse will be true for you. Whether dating or married, men need to understand that Jesus is the man to follow here. He did not huff and puff and demand that people follow him. Rather, He earned it through serving.

Relationships are complex, but if we can remember that the journey with the woman you love is the best part of the whole gig, that being vulnerable is not a sign of weakness but of courage and that the little things you do go a long way, you are in for a beautiful life together.

The authors made some great points? Right?

Source: Relevant Magazine: here.
Posted by Princess R at 11:35 AM