This is one of those stories that make you cringe because deep down you realize the rampancy of events like this, especially in Nigeria, where the issues of molestation and rape are swept under the rug too many times to count. Coincidentally, I received this Dear NwaVic letter in the wake of all the sexual scandal surrounding prominent Nigerian Pastor Biodun Fatoyinbo of COVE, Abuja, Nigeria. But this is deeper because it involves an innocent 6 year old, who just wanted buns. 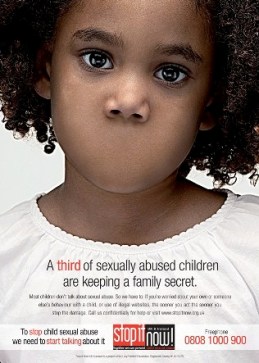 Dear Healed,
Thank you for writing NwaVic at dearnwavic@gmail.com. It takes a whole fountain of courage to tell the world a story like this. Many young girls I know have experienced this, especially in the hands of men to whom they were entrusted by their parents. Child sexual abuse is REAL but just sadly unspoken. In fact, according to statistics, before they turn 18, 1 in 6 boys and 1 in 4 girls suffer sexual abuse.


I agree with you and encourage you to have a sit-down with him if you get a chance. But you have to be prepared for any outcome. Don't go in expecting that he'd be sorry because he may not be or worse still, may have forgotten. Just keep in mind that what matters is the decision YOU have made to move on. Above all, I'm glad you have turned out into a beautiful young woman despite this potentially scarring event in your life. Your story will inspire others who have been through similar to speak out and to heal.

It is also my prayer that as our generation will be more vigilant with our children and that we'd empower our children to speak out.

Live on and Stay Inspired...
Posted by Princess R at 7:56 AM

Same thing happened to me, but it was my uncle's best friend. My uncle lived with us, and didnt know, his best friend was always around. He had me suck on his you know what. I still remember it, like you I have tucked it away. I never told anyone, not even my husband, but I have a baby girl, and I know I will never let her near grown men without supervision. I also used to have hatred whenever the man's name was mentioned. The man, his brother and mom came to my wedding in Nigeria, and my mom was excited, had me take a pic with them, and all I thought in my head was "God forgive you".
I dont think I will ever sit him down to tell him, when I made the decision to move on, I left it all with God.
I know as a result, I was really protective over my younger sis.

Oh wow Ada. I'm so sorry you had to go through that. It is just sick the amount of women have similar stories and many parents remain oblivious to it. I'm the same way with all my sisters- especially the younger ones-very protective. I pray just like you, our generation will more attentive to this issue. It was brave of you to move on. Thank you for sharing. Hugs!