A Hax Letter: Wife: "I'm Better-Looking & Smarter than my Husband-He Owes Me"

Hey everyone! Hope you had an enjoyable Labor Day weekend. I know I did :-)

This is a Hax letter from 2010 that was recently re-published....well more of a correspondence, because the writer kept writing back.  Even re-reading it made me want to find this woman and shake her to her senses! Then find her husband and tell him to runnnn! Carolyn 'told' her about herself though. Enjoy! 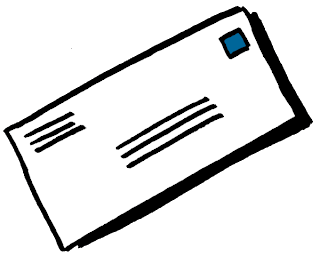 I’ve finally put my foot down and told my husband he needs to increase his share of the work, or else.

We each estimated the hours we put toward housework and kids. I do almost 60 percent of the work. I excluded things on his side that I don’t really call work, because he enjoys the solitude (lawn care, weeding, finances, cooking, etc.). He doesn’t think that’s right.

I also don’t buy his argument that he works 10-15 hours more than I do at his job each week. That is a career choice, and while it enables him to earn far more money than I do, it doesn’t excuse him from his share of housework.

Short of threatening divorce, how do I convince him he is wrong? I threw this out to friends and family and everyone agrees with me.

CAROLYN'S RESPONSE
If you’re softening your hands while you do dishes, then you can’t count that toward your workload, either.

Here’s a definition that works on Earth: Anything you wouldn’t already be doing for leisure counts as housework. Period.

And if your husband carries 40 percent of the load after you’ve excluded yard work, cooking and finances — and if he’s carrying that underrated load while working longer hours (for more money) — then you owe him one of the fattest apologies ever owed a spouse. Not just for being disrespectful and you-centric, but also for dragging his domestically generous self through the mud of everyone you know in a quest for approbation.

I probably should have included this: I don’t want to say I did him a favor by marrying him, but that’s not far from the truth. I’m much better-looking than he is, much smarter and have a much better personality. We have an unbalanced marriage, and I expect him to compensate for that. So even if he is doing slightly more work, I don’t think that comes close to what he really owes this marriage.

I’m not sure why you think that. It’s hard to think my view is really so off when I get validation from just about everyone I talk with and even my husband would agree our marriage is “unbalanced.” He just doesn’t agree there needs to be a remedy.

CAROLYN'S RESPONSE
By marrying, you deemed each other your equals — emotional equals, equals in status, equal partners in each other’s happiness. That includes dividing chores more or less equally based on your total responsibilities, not charm.

Maybe what I can take from all of this is that I need some individual counseling and that my husband and I need some marriage counseling.

CAROLYN'S RESPONSE
Your husband is a human being. Please grant him the dignity his humanity affords him, and stop shouting to everyone who will listen about his relative worthlessness as a person against your high value. Start noting and appreciating what he does for you. And yes, counseling, stat.

I couldn't agree more with Carolyn. She said it all! Once you say "I do", you become equal partners in everything! You become one before God and man...no space for who's better than whom. And who's she talking to, who's supporting her horrible attitude? If she thought he didn't deserve almighty her, she shouldn't have married him in the first place. Shikena! Poor guy.

What do you think?

She obviously has fake friends