Once in a while, I come across a verse during devotion that I've seen before but didn't "stick" the first time around. I'm not sure if it happens to you but the Bible is fascinating in a way that you could read the same verse several times, and each time it'll take on a different meaning....most times, a deeper one. Often times, the depth of meaning is influenced by your current sensitivities...life situations, and the like.

Today, I came across John 1. It details the story of Jesus' friend Lazarus.

When Jesus first heard the news that his friend Lazarus was sick, he said,


“Lazarus’s sickness will not end in death. No, it happened for the glory of God so that the Son of God will receive glory from this.”

When I read on in the chapter, I was almost frustrated that Jesus stayed where he was, after he heard, for two more days. You would think that if He heard His dear friend was sick, He'd run as fast as he could to him. That's what YOU would do if you heard your dear friend was ill, right? But Jesus took His sweet time even after He 'knew' Lazarus had died.


In fact, Jesus didn't get to Lazarus until four days after he was buried. When He got there, He said to Martha, Lazarus' sister and a friend of His as well,

When she confirmed that she believed, she went and called her sister Mary who came and cried to Jesus. She said, "if you had been here, my brother won't have died" (v. 32).

Jesus saw her pain and wept with her (v. 35). Then He proceeded to do what He came for, He brought Lazarus back to life.

As human beings, when we face any kind of misfortune or setback, our first reaction is to grumble, complain, be depressed, question God's presence (just like Mary did) or just give up on life. Sometimes, we don't understand why God is taking so long. I'm guilty of it. Sometimes, I wonder if He even heard me at all and if He did, didn't he hear the urgency in my voice....Didn't he hear me say "I need it NOW!" 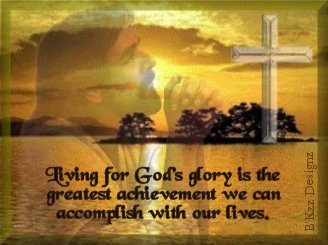 But I'm learning that as a believer, everything I face can ultimately bring glory to God because God can resurrect any bad situation, as long as I believe.

Time after time, we all face a Lazarus in our lives...it can take various forms. No matter what form yours takes, take refuge in seeing your problems as an opportunity to honor God...That way, when your "test" turns into your "testimony", your faith will be made stronger.

Imagine He's asking you the John 11:26 question....Do you believe He has the power to resurrect you?

Once you answer "yes" to that question, buy yourself some patience with knowing his five senses unimaginably cover all the corners of the earth...He hears you, He sees you, He feels and shares your pain, He's weeping with you and He's coming for you. Ultimately, He'll do what He came to do...He'll resurrect you.

Thank God its friday. Wishing you a blessed weekend.